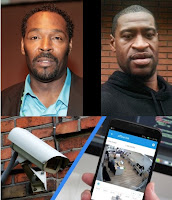 “Zoom, the video conferencing app that has become wildly popular during the coronavirus crisis admitted that it had “mistakenly” routed some user data through China.”

This news item in the Financial Times of 4 April 2020 said that Zoom “had ‘mistakenly’ allowed the calls to flow through its two Chinese data centres since February as part of its efforts to cope with increased traffic, as millions of users flocked to use its technology to host business meetings and social catch-ups during lockdown.

“The company said it had since fixed the flaw, adding that the error occurred only “under extremely limited circumstances” and that government customers were not affected”.

As Zoom is based in California’s Silicon Valley, the government it refers to is the US government.

But, what is wrong if its user data had flowed through two Chinese data centres?

Simple. It creates strong suspicions, and fears, that Beijing could be spying on all that data. The Chinese privacy laws could demand that those companies with data centres in China should necessarily share data with the Chinese government when required.

These same security concerns are among the top reasons why Huawei is unable to roll out its 5G plan, globally, as quickly as it wants; especially in the USA.

China’s Huawei is the world's No. 1 telecom supplier and No. 2 phone manufacturer. But the latest news is that Huawei is not allowed to roll out its 5G Plan in the UK too.

One of the biggest concerns for the future is ‘data security’ today. And unless companies make appropriate strategies to protect their consumers’ data, we will be diving into a big-brotherly world where individuals would have to fear the abuse and misuse of their privacy.

Take an interesting case from India. It is being alleged that India’s defence minister had recently used Zoom Conferencing tools to discuss with the Chief of Defence Staff, a few days ago.

India and China are both nuclear powers, and neighbours, who do not see eye to eye on some national borders which are disputed.

So, with Citizen Lab, a Canada-based independent research organisation, finding out that Chinese servers are being used to distribute encryption and decryption keys for video links on Zoom, there are new apprehensions on India’s defence security too.

In today’s COVID 19 global scenario, there is a huge surge in demand for video conferencing tools.

Apart from Zoom, there are several other videoconferencing tools like Microsoft Teams, Microsoft Skype, Google Hangouts, Cisco Webex Meetings and GoToMeeting which have all seen an enormous surge in usage in just the last three months.

They are being used not only for office meetings but also for holding online webinars and conferences as well as for virtual get-togethers of family and friends.

And we must, therefore, hold accountable all software companies to ensure that our user data is well protected. 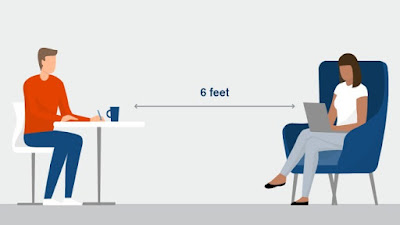 That’s my phone speaking to me.

When I try to click a picture, it says, “Clear some space and try again”.  And it’s been telling me this, again and again, since yesterday evening.

Inundated with a million messages, bombarded by a billion buddies, my phone memory must be bursting at the seams; or bursting at whatever the chip’s corners are called, these days, in scientific parlance.

Well-intentioned relatives want me to know how this COVID 19 spreads. Well-informed acquaintances want me to try to ‘flatten the curve’. Well-wishing friends want me to cheer up, and smile in these difficult times.

So, from jokes to memes, from parody songs to comedy quotes, from a thousand suggestions to prevent COVID 19, to a hundred medications to fight the outbreak, I keep getting new messages faster than I could delete the old ones.

Those afflicted with this raging new malady, of social sharing on telecom networks, are probably simply taking revenge. Maybe their phone memory chips are getting filled, and they are quickly passing its content on to others. Maybe their fingers are just wandering about on keyboards that are not 'locked down’.

Which brings me to the key issue I wish to address, in this column today – social distancing.

Tell me, can we ‘really’ keep 'social distance'?

We must admit, we are unable to distance ourselves from all those contacts who are tracing us; and forwarding us those audio-video clips, and those gif-jpeg images.

I am socially connected to all my friends. Almost always. Even though one is staying farthest, near the North Pole in Norway, and one is sailing on a ship to a station in Antarctica, I cannot distance myself from either of them.

On social media, I get to see their posts on whether polar bears or penguins have any chance of getting affected by a mutant coronavirus strain. Will it get passed on from humans living in those parts. On their WhatsApp messages, I see their thoughts within seconds. In fact, in real-time, I see if ‘they are typing’ now.

So, shouldn’t the term be ‘physical distancing’ actually?

I seriously think, like many others, that the correct term to use these days is ‘physical distancing’ and not ‘social distancing’.

Language-challenged lexicographers may be rare, but there is no shortage of verbally-confused world leaders. So, we all, like sheep, have gone astray; and are readily calling a spade a shovel.

We all know that vegetarians eat vegetables. But do humanitarians eat humans?

No. That's a case in point, to show how we often deny distinguishing the terms. And grow and accept their usage, over time.

‘Man is by nature a social animal’, said Aristotle some 2400 years ago.

But what would Aristotle call man today, seeing that man is now endowed with enormous power; thanks to a palm-top device, with social media apps, that gives him global connectivity?

Communicating with his fellow beings is something man is unlikely to stop; mainly because physical proximity is no longer an impediment with today’s technology.

It is that innate social connectivity that a man desires which makes 'solitary confinement' in jails such a dreaded punishment. 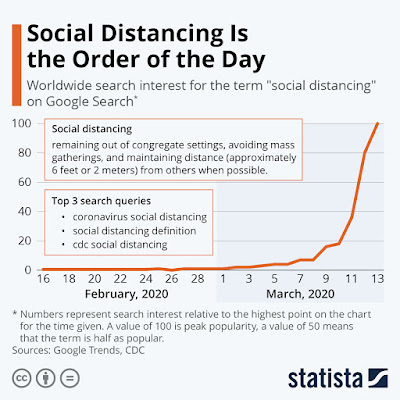 Thanks to social media, the term 'posts going 'viral’' is now clearly understood by today’s generation.

But then, 'fear' and 'happiness' are both contagious too. And social media communication can make them go viral as well.

So, if you see me sending you forwards, please excuse me.

Maybe I just contracted one of these novel network-bourne ailments.

And, hopefully, it's the better one.