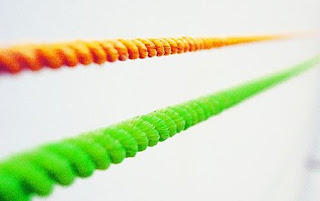 So, even if IKEA, Tesco, Carrefour, Wal-Mart, and Starbucks are coming in, they are coming late. But if come they must, I hope it is not for the greed of those outside India, but also for the good of those inside India.
at December 01, 2011

i almost picked up my phone to dial you joel.. until i reached the last 2 paras.. i've been rolling my eyes at the bharat bandh and ridiculous protests today.
if this is such a drain, may be they should consider protesting against the levi's, marks n spencers, tissots and m & m's of the world in india.. a) these foreigners should not be present here and we shuold not be flashing these labels b) they should not be using our labour for producing their goods, who are payed a paltry fee and then sell it to the world at branded rates. there have been loads of times when I have walked into a marks or BHS in bahrain and seen a flimsy t-shirt priced at some 9/10 Bd and its made in India or Srilanka.. how much does our labour honestly make out of it?
more so, they should be taking off their blinkers and asking them selves.. as the middle men or agents in the system, how much of profits honestly go to the small man toiling more n more and earning lesser and lesser.. in the village or home industries.
this entire protest is baseless.

You are absolutely right, Paghna. When I once toured a factory that made shoe-uppers, in Pondicherry - Its called Pudducherry now, I think - I saw hundreds of workers, many of then women, working on leather cutting and leather-stitching machines. They were dyeing material with colours, cutting the material to different shapes and sizes, sewing it together, fixing rivets, and polishing...and making a host of other things, before they are boxed and shipped to Italy and France. Soles and Heels are fixed there. The women workers I was told got a paltry Rs 850 per month, for their labour (It was in 2010, but still the wages were shocking low). And did you know what the IIM educated Managers of that factory told me the shoes will become? Guccis and Pradas!

Apt timing of article as India is discussing FDI in retail. Both me and dheena really miss the self checkout tills available in tesco. Here everyone will have to group together at the counter and fight your way out to make a payment. Many times we came out without purchasing after reaching the counter :-) Hope they bring that standard also along with them. But then you do have option of better shopping experiences also, but may have to pay a bit more than the normal. That is the beauty of Bharat and India ;-) 1.2 billion people - there are people for tata nano and there are people for mercedes as well.

Yes Shabab. Since you now know both sides of the story, you can relate well to the supermarket shopping experiences. Lets hope that if and when they come in, they will bring those standards. Self Check out tills may be too much to hope for, for India right now. But I am sure, India will slowly change too.