Many of my friends and family wanted to know how my interview with Karan Thapar went, last week. So, I decided to write this blog post for those interested.

Bahrain Keraleeya Samajam (BKS) and DC Books had organized a 10-day Book Fest in Bahrain, for which many eminent writers, poets, and journalists were invited to speak to the audience, on different days. Some in English and some in Malayalam.

On Saturday, 12 November 2022, the renowned Indian journalist Karan Thapar, was here. And I am honoured that the organizers had asked me to conduct this interview -- with one of India's greatest television interviewers. 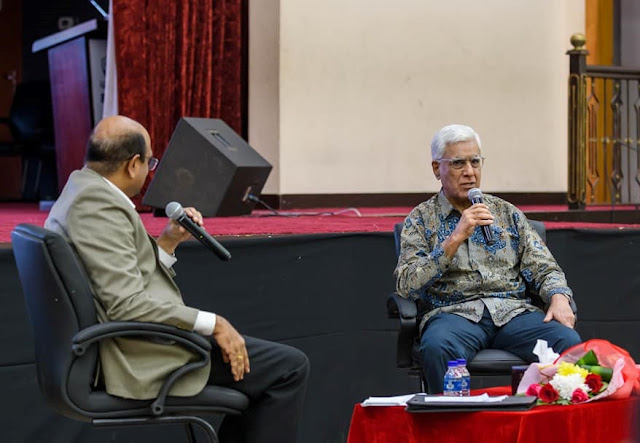 As soon as I accepted, I was determined to prepare well.

In three or four days, I'd completed Karan Thapar's latest book Devil’s Advocate, a biography, which was an amazing source of information for my planned interactive session.  I'd 'listened' to the book on the Audible app, which is my default reading mode these days, while driving, or while walking (It was, in fact, this book that led him here, to the Book Fest).

I heard it well, and I decided I will ask him at least some uncomfortable questions.

Even, if my questions won't be like the ones he always asks others, I decided I'll still play the Devil’s Advocate, myself, this time.  As much as I can.

On the morning of the day of the interview, I texted him saying I wished to talk to him.

He quickly called me himself. And he said he was happy to meet me on phone, and asked me what I would like to talk to him about.

I said that I'd prepared his short introduction for the audience and I wanted him to see it. And I also said I would like to send him some questions; so that he is aware of my line of interviewing, and what I am planning to ask.

He said, No No No….. Don’t send me anything. Let it all flow free and fair. Ask me whatever you want, and I don't mind you introducing me to them, in any way you wish. 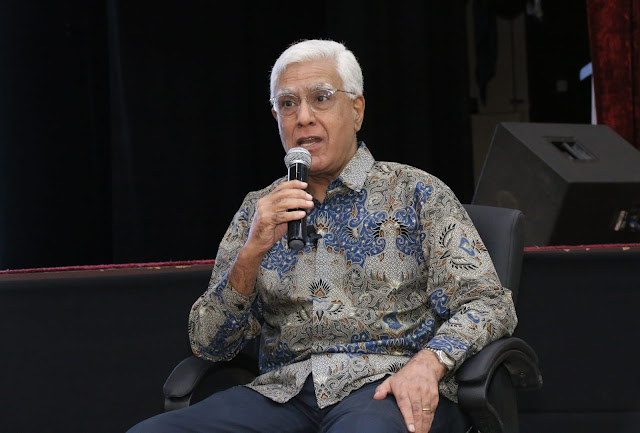 After giving his short bio, I started off by telling the audience about a couple of interesting Whatsapp messages I'd gotten some time ago.

I'd sent messages to my friends, in a couple of WhatsApp groups, telling them I would be interviewing Karan Thapar, on Saturday.  I quickly received two messages from two Indian women in Bahrain, now in their late 50s, saying excitedly that they had a huge crush on our guest speaker, since their college days.

The audience laughed. And our guest speaker looked at me seriously. And he said, please introduce  them to me, if they are in the audience. I said I will.

Not surprisingly, during the interview, our guest Karan Thapar, was very very critical of the current Indian government, and some of its policies. On Indian media, he kept saying that much of it has devolved into ‘godi media', a propaganda machine for the ruling party, bent upon fomenting divisions between Hindus and Muslims. He said majoritarianism is going to become a threat to civil society and to minorities.

We talked about a lot of things. About Indian Politics and about the changing role of media, in India and abroad.

We talked about Washington Post being owned by Jeff Bezos, in the US, and how, it relates to the Ambanis and Adanis owning media channels, in India

We talked about how much autonomy BBC enjoys - through its charter - even though it is mostly funded by the UK government,

Avoiding portions of controversial Indian Politics, I am writing down below, a few of the other bits, as far as I can remember 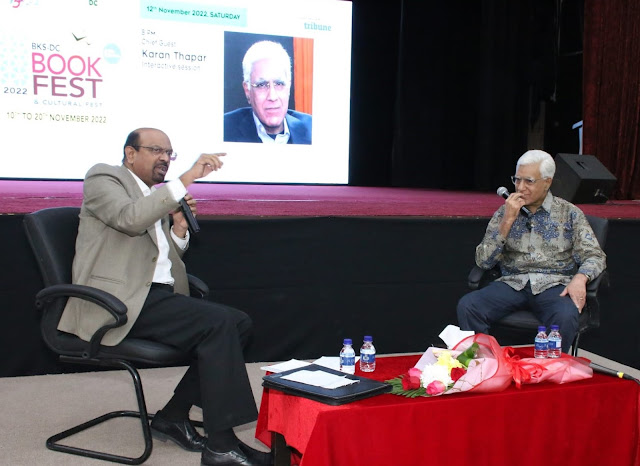 The following conversation-bits are from over a 'one-and-a-half-hour' discussion. 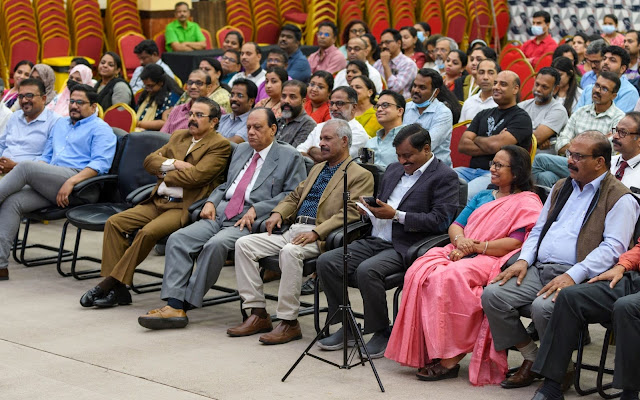 Among the questions from the audience were those related to newer revenue models of online newspapers - whether subscription based or advertising funded. There were also questions related to journalistic ethics, education in mass media, independent press, and government control

The media platform he is related to, The Wire, recently retracted its story which had accused Meta of granting an Indian politician special permissions to remove posts on its platforms. There was an audience question related to that.

KT said it does not matter. He said when “discrepancies” emerge in evidence used to back up a story's claims, it is only fair to retract the whole story. He said, unfortunately, some published stories can be found in error. So, withdrawing such material, and letting the readers know the truth, is good journalism.

All said and done, I had an enjoyable time.

During the vote of thanks, the President or BKS, Mr P V Radhakrishna Pillai, asked Karan Thapar how he would rate Joel’s interviewing skills.

And Karan said, "Very good.  Joel gave me a tough time. And that's what matters. I enjoyed it".

That made my day.

And even my next day was made, when a Whatsapp message from him, and an e-mail from him, to organizers, appreciating my role, did a lot of good to my ego. :-)