A Medical Pioneer: The Legacy of Dr Samuel Zwemer

Dr Samuel Zwemer got out of his ship, landing on Bahrain's shores, on 7 December 1892.

For this missionary-doctor from the USA, Bahrain had already been a port of transit, on a couple of earlier occasions.

Travelling to and from Basra, in Iraq, during his stop-overs, he was enamoured by the beauty of this land, and its people. So much so that, this time, he decided to stay on and see how he could be of service. 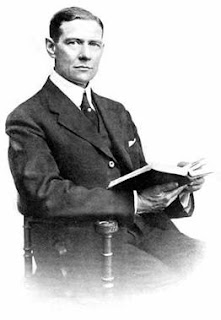 Thanks to the welcoming nature of the people of Manama (he used to spell it as 'Menameh', in his journals), to the beautiful walks he had had in the date-palm gardens here, and to his soon-developed friendship with a Goan postmaster Gunsalves, he made up his mind.

He found a room to rent, in the bustling souq area, beside a mosque.

Then, by establishing a little dispensary and a book-shop, Dr. Zwemer distributed books and medicines, and treated people who came to him with medical problems.

It is hardly surprising that, within days, the number of patients who visited this man, who was fluent in Arabic, had increased, by many folds. By February 1893, he had recorded in his journal that over 200 people had already received medicines from him.

The number of patients needing medical care increased daily, and some patients were soon coming, on boats, from the eastern province of Saudi Arabia. They had heard about a doctor and a clinic in Bahrain.

Needless to say, more doctors, nurses, teachers, and their families were needed, and they soon joined Dr Samuel Zwemer.

And thus, from this dispensary, was born the 'American Mission Hospital'.

n 1899, with the growing need for a school, for the hospital staff’s children, his wife Amy Zwemer, started what she called ‘The Acorn School’. It had recruited even craftsmen from Bahrain to teach children many useful crafts.

For, from this school was born the ‘American Mission School’, which became the ‘Al Raja School’.

And it has been consistently producing some exemplary leaders for this country.

In fact, it is my meeting with Mr Gary Brown from USA, the former principal of Al Raja School, which actually spurred me into writing this particular piece, in this column.

Three weeks ago, I had the special privilege of learning from him, and from another veteran from India, Mr B M Gorde, some amazing facts.

The 90-year old Mr Gorde, who came to Bahrain in 1964, is the oldest member of the National Evangelical Church which has always been associated with both, the hospital and the school.

Mr Brown said that the Bahrain of 1970 - the year he landed here - was a lot different from the Bahrain of 2018 that we see today. Americans like him had to speak in Arabic because not many parents of his school children could speak English then, like they can do today.

Even though he is retired, Mr Brown is now back in Bahrain, and is currently working on a book on the alumni of the Al Raja School.

Old students of the American Mission School (Al Raja School) who are interested in contacting him can write to alumni@alrajabahrain.org.

But let us come back to our missionary Dr Samuel Zwemer. I find it pertinent to mention here that the bookshop he had opened became known, later, as the “Family Bookshop’.

Sadly, it is no longer in existence, even though it was the hub of all book lovers in Manama, until as recently as the year 2005.

The legacy of Dr Samuel Zwemer in this beautiful Kingdom of Bahrain will live on, in many ways.

And one way it will live on - one proof of his pioneering work - will be through a postal address.