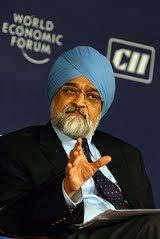 At least, I hope that, in future, the EU and other countries will try to encourage the emerging economies to play a more significant role in the management of the International Monetary Fund.
at May 18, 2011