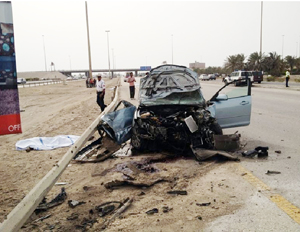 If it was in some other countries, the labour legislations such as Workmen's Compensation Acts would apply, which could have got the bereaved families some compensation. But Bahrain is way behind when it comes to legislating and implementing workable labour laws on matters such as these - especially if they have to protect expatriates.
at March 28, 2012